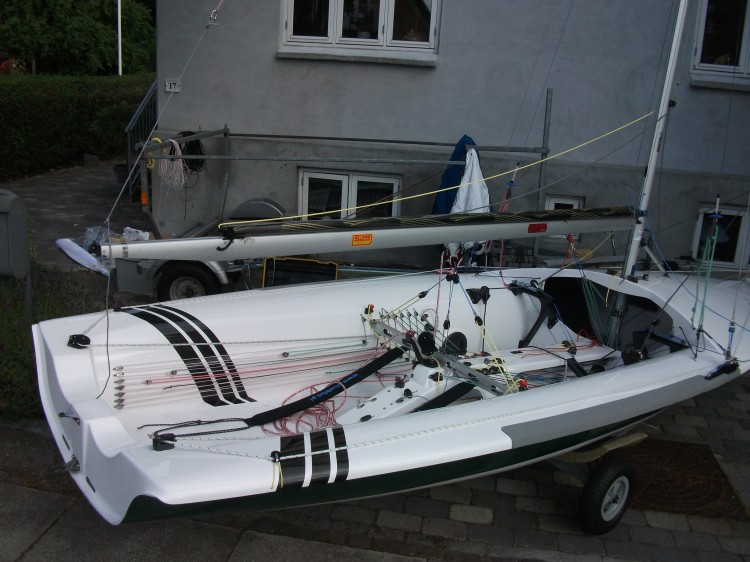 Huhujen mukaan Jan Saugmannin uusi puolalaisfive saattaa olla nähtäville PM-kisoissa. The rumour has it that Jan Saugmann’s new Polish boat may be seen in the Nordics. Wonder if there will be a new Parker and a Jess/Ovington as well? Hint hint 🙂 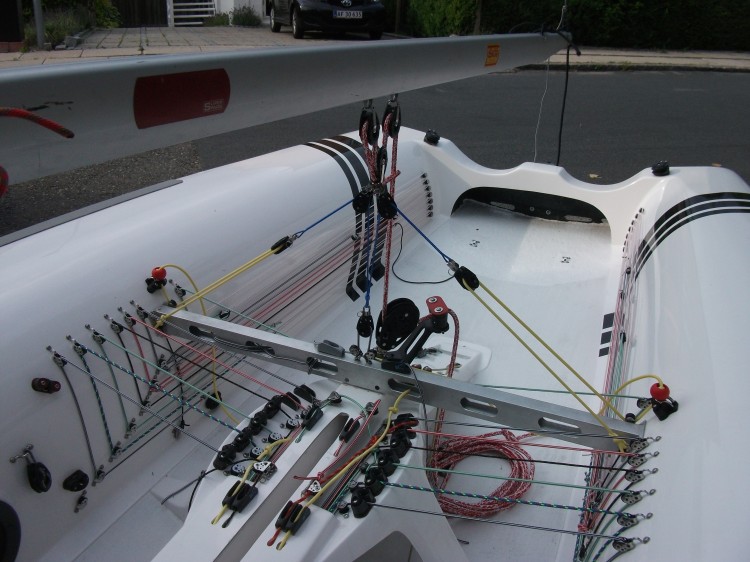 ”The characteristics for the hull design are, it is made as wide and flat in the back as possible, as narrow as possible at station 6 (midship) and as narrow as possible at station 3 as possible (front) to make it as wave piercing as possible. This hull shape should also mean that in light wind when you move the crew weight forward, the bow should dip deeper into the water and give a longer waterline, and if the boat at the same time are heeled a little 5-10dgr, then it is still rather narrow near the stern. In planning conditions where you move the crew aft, you have the stability from the wide stern section and the wave piercing bow. The hull shape is taken to the extreme within the rules.” 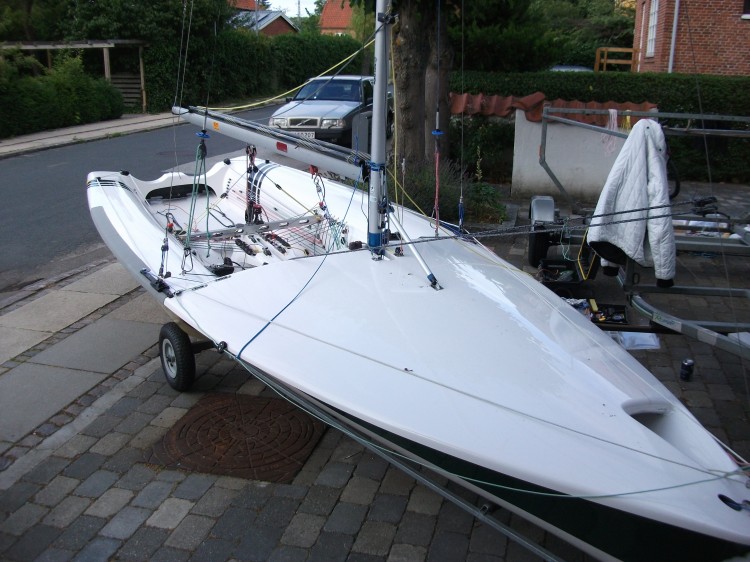 ”Apart from that the forestay is moved to the extreme front of the boat, and the spinnaker launcher is moved behind the forestay on port side. I have been sailing with this around fifteen times now, and there is no difficulty by launching or dropping the spinnaker. Once I had the spinnaker down hall underneath the boat, but I guess that was due to the line being too long.” 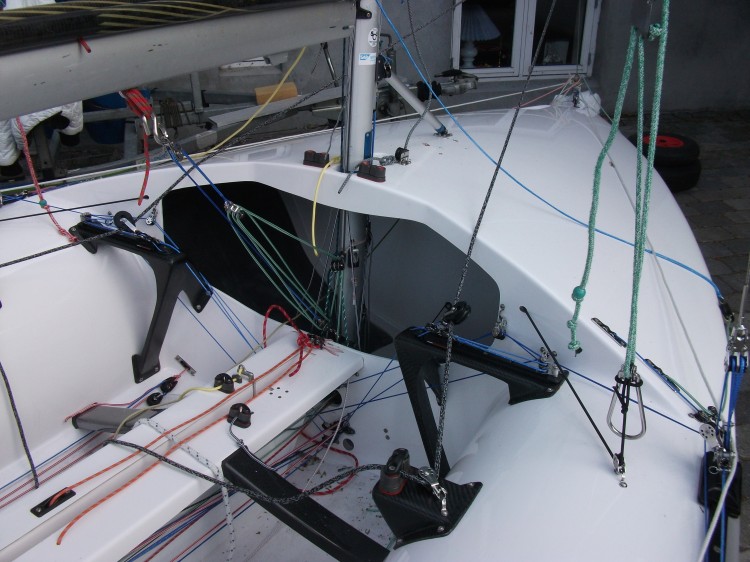 ”Inside the boat there is much more space for the crew since the jib sheeting system has been moved forward due to the forestay-to-the-front feature. I had hoped that we could get rid of the centerboard trunk support, by making the trunk top really stiff. But it turned out to be a little too flexible. So my boat have been modified with an extra support as far forward as possible, not to interfere with the workspace of the crew. This extra support is now build into the mould.” 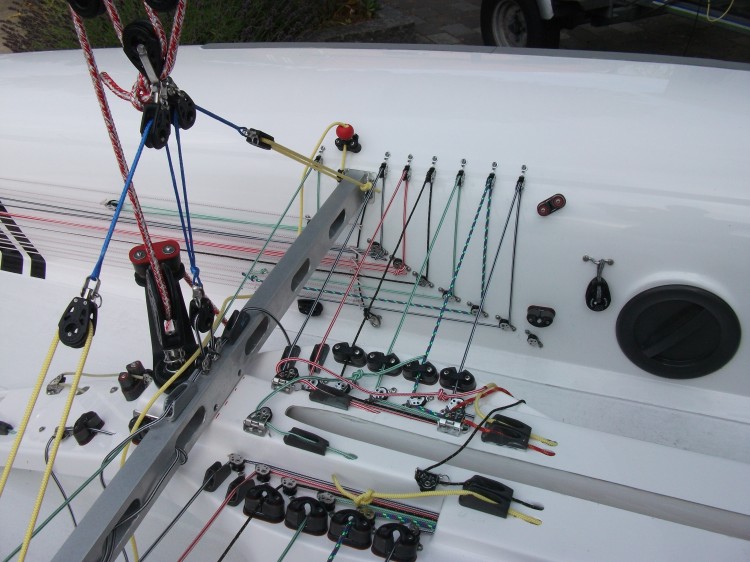 ”The construction is with woven carbon mats as skin material. The core is made of heat shapeable divinycell foam plates, 10mm, I believe. In specific stress areas there is extra carbon reinforcements of unidirectional mats.” 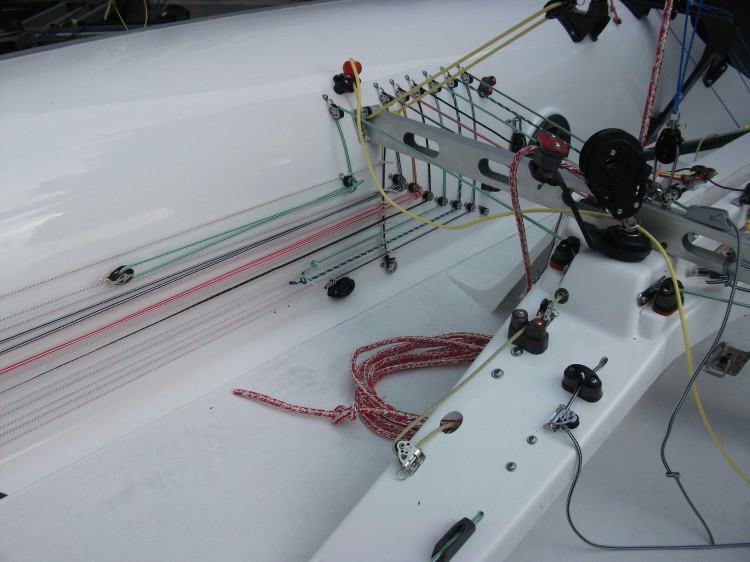